Do you know!?
Islands of stone, across the water, since time immemorial

During the modernization wave of the later Meiji and early Showa periods, from about 1890 to 1935, several of Japan’s prominent Western-style buildings were built with granite from the Seto Inland Sea, especially the Bisan Islands lying between Okayama and Kagawa prefectures.

The walls of Osaka Castle are regarded as the pinnacle of Japanese stonework, and are known to the world as one of the foremost stone constructions in Japan. To rebuild the castle, between 1620 and 1629, the Tokugawa shogunate mobilized the resources of many domains, and the daimyos seemed to compete to deliver huge stones for the building of magnificent walls. Large amounts of stone from the Bisan Islands were used in the walls.

In other words, the outstanding masonry structures of Japan history cannot be described without mentioning stone from the Bisan Islands. 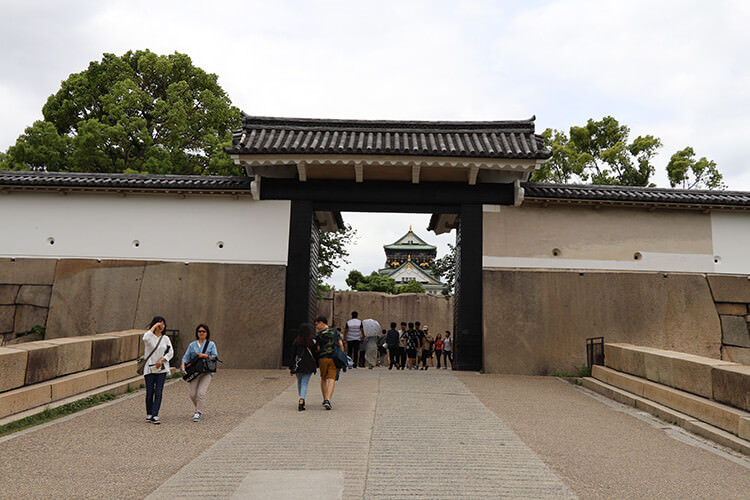 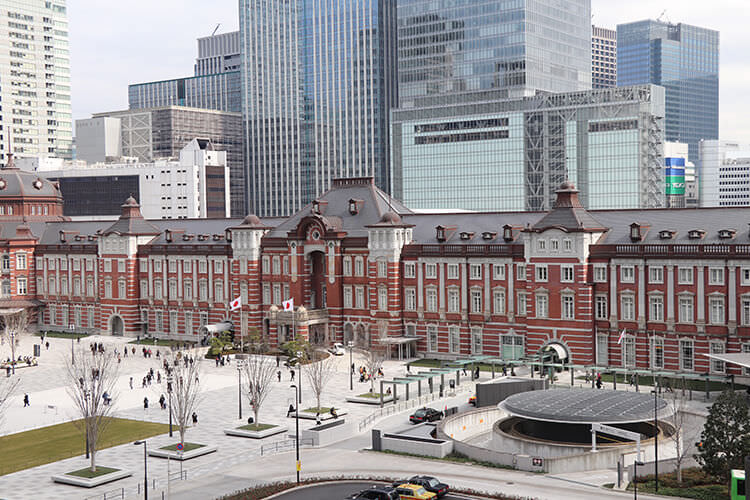 The origin of the stone is the Bisan Islands, in the Seto Inland Sea which stretches between the main islands of Honshu and Shikoku. The group is made up of scores of larger and smaller islands, including Shodoshima and the Shiwaku and Kasaoka island chains.

The island has little flat land, for there are huge rock outcroppings all over, from the bare mountains to the coasts. Those features have been quarried for high-quality architectural stone since the 1600s. The quarrying craft of exposing rock faces and using iron wedges to cut out blocks has a long history. Cutting the larger stones requires advanced skill in reading the grain of the rock and the use of special tools.

At the old quarry site on Shodoshima where stone was cut for the Osaka Castle walls, large broken stones two to three meters or more in diameter have rolled and settled along the mountainside. The scene remind us of the mighty stonecutting campaigns of the daimyos. Each stone is engraved with an arrow mark and the seal of the quarrier, evoking the skills of the stonecutting craftsmen of old.

When quarrying began, stonecutting engineers came to the Bisan Islands, and the communities began to nurture the culture of stone processing and utilization. On Honjima in the Shiwaku Islands, there are various large stone constructions from the time, including the Kogarasu Shrine torii gate, and graves of the island headmen.

During the Meiji era (1868-1912), quarrying became the leading industry of the island area, and granite from the island of Kitagi in the Kasaoka Islands, called Kitagi granite, was used in many of the most prominent modern buildings in Tokyo and elsewhere in Japan. Many of those structures are still standing, including Nihonbashi bridge in Tokyo and the Tokyo Station Marunouchi Building.

By the 1950s, mechanized tools enabled even more extensive quarrying. The stoneworkers proceeded to virtually “cut down mountains,” going ever deeper in pursuit of high-quality stone. In some places this resulted in towering sheer cliffs from which all the stone was cut away.

Visiting these locations in the Bisan Islands puts us in touch with the 400-year development of quarrying technology. 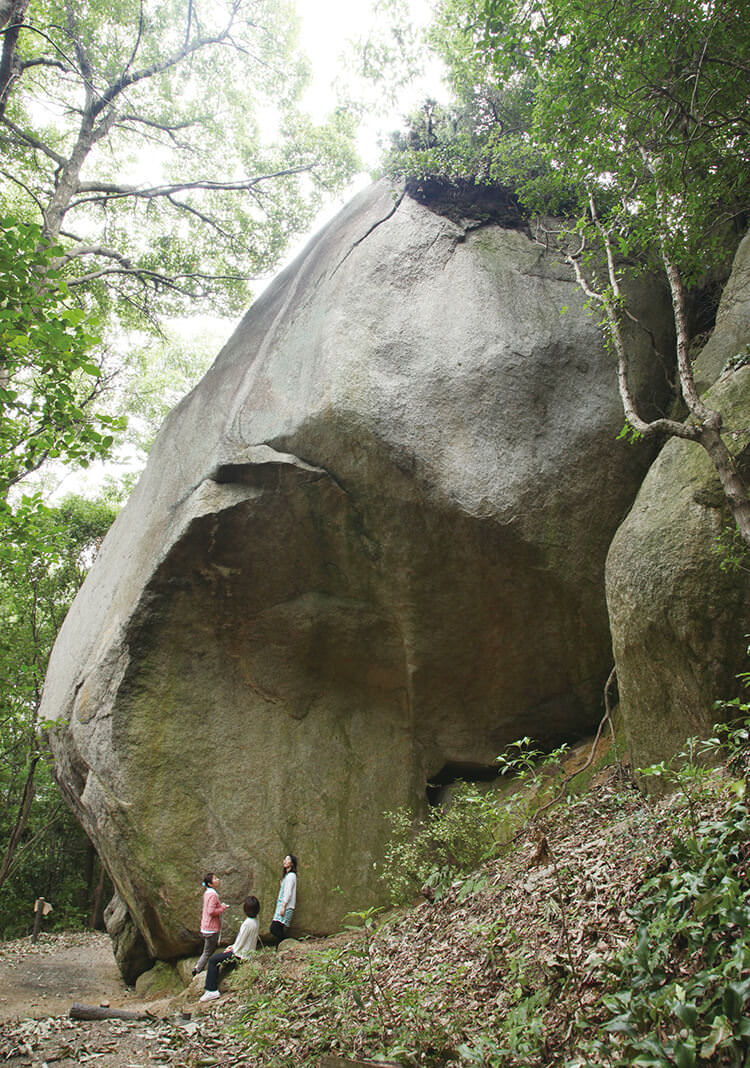 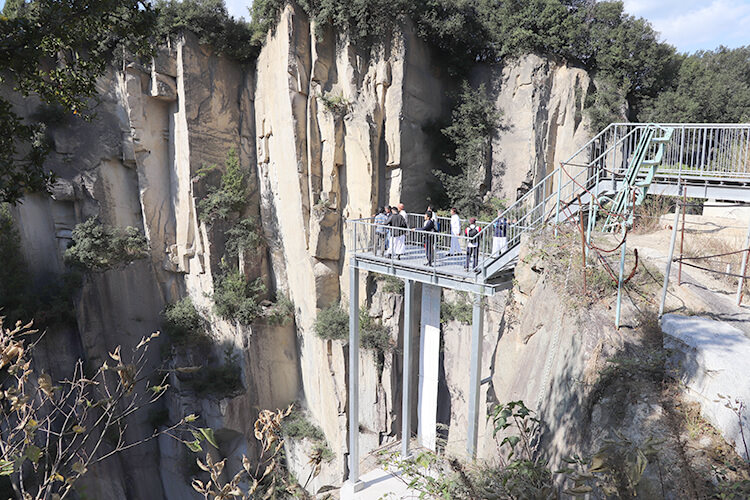 The Bisan Islands are separated by water from the main Japanese islands, and yet they could deliver large amounts of stone, because the many islands of the Seto Inland Sea were linked by busy shipping routes. Merchant ships carried huge stone blocks to the furthest parts of Japan.

The Seto Inland Sea islands were the main artery of maritime traffic in western Japan, and a port town developed on each island to maintain the connections. Natural inlets near the right kind of terrain became industrial ports and logistical centers for shipping large stone blocks. Some small ports still have seawalls that were built with remnants from stone cutting.

The people of the Shiwaku Islands were deeply involved in the transport of large stone blocks during the Edo period (1603-1868), and their shipping prowess dates back to the Shiwaku Navy, an longstanding corps of expert sailors who sometimes helped in battles during the earlier Warring States period. Thus the Shiwaku Islands have a heritage as the base for some of Japan’s most skillful ship operators, in the Shiwaku Navy during medieval times, and in merchant shipping during the Edo period. When the Kanrin Maru, Japan’s first Western-style advanced warship, was lost in the fighting leading up to the Meiji Restoration of 1868, many of the lost sailors were from these islands.

Villages with complex layouts are found in the Bisan Islands. For example, on the main Shiwaku island of Honjima, the Kasashima area is crisscrossed by a network of narrow lanes that can serve as an impassable defensive structure. Meanwhile, the main street of Kasashima, called Machidori, is lined with old townhouses and merchant quarters that illustrate the former prosperity of the area. Manabeshima in the Kasaoka Islands had its own Manabe Navy, a corps similar to the Shiwaku Navy, and the village that was the sailors’ base is designed appropriately, in a defensive pattern at the foot of a mountain castle. On Shodoshima the village of Tonosho is regarded as a maze, so complicated that one easily becomes lost without a map.

The Bisan Islands in the Seto Inland Sea have highly varied landscapes of mountains, rocky shorelines and sandy beaches as well as large outcroppings of exposed rock. The islands’ compact combination of the sea and mountainous terrain was convenient for the process of cutting stone, transporting it by land, and loading it onto merchant ships. 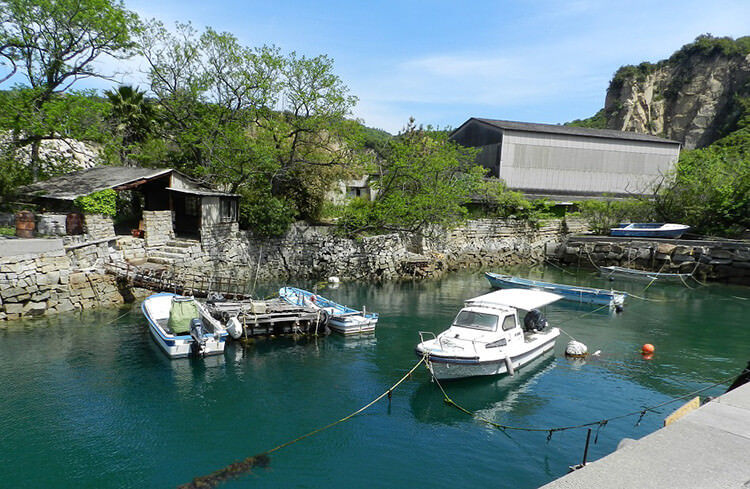 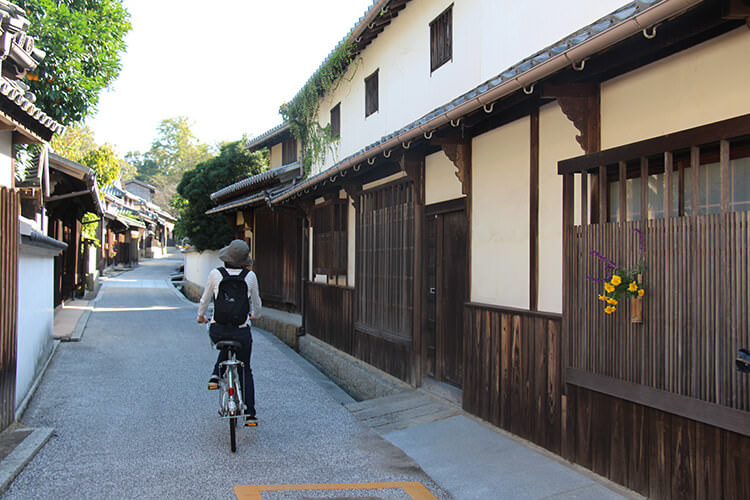 For the people of the Bisan Islands, large cut stones have been a part of life for a very long time. The mountains of stone which brought the islanders prosperity also became objects of religious veneration and prayer. People still come to the islands to visit mountain shrines that were hollowed out of rock slopes and pray for success in business.

During the peak years of the quarrying economy, the islands flourished as integrated industrial cities, handling all parts of the stone industry from quarrying to transport and sale. The mason communities at the center of the stone industry had their own lifestyle of observances and entertainments. The old cinema that entertained the working families of the island is a remnant of the former bustling economy.

The particular traditional culture of the stonemasons is still seen in the daily life of the islanders, such as the folk performances of “stone songs” and dances (Sekibushi) based on quarrier work songs, and the “stonecutting sushi” enjoyed by stonemasons on special occasions, and other.

Your boat journey to the islands promises plenty of clear, refreshing air and relaxing time. Come and feel the waters of the Seto Inland Sea, and connect with the culture of stone. 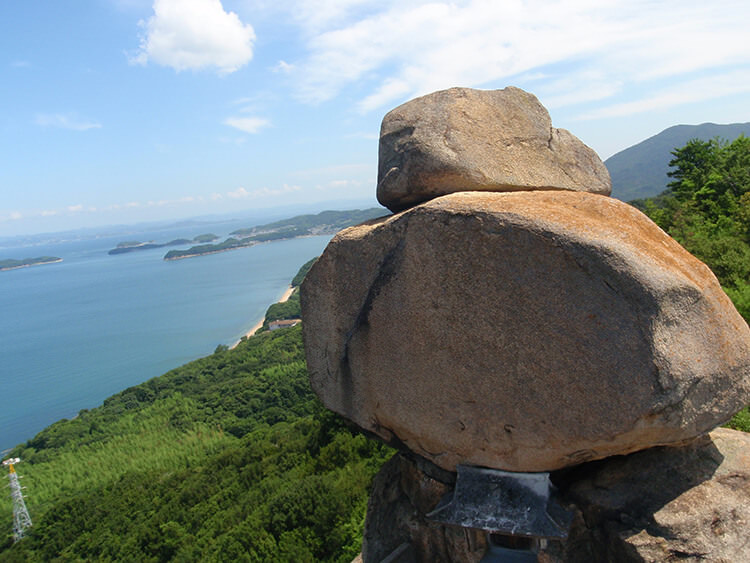 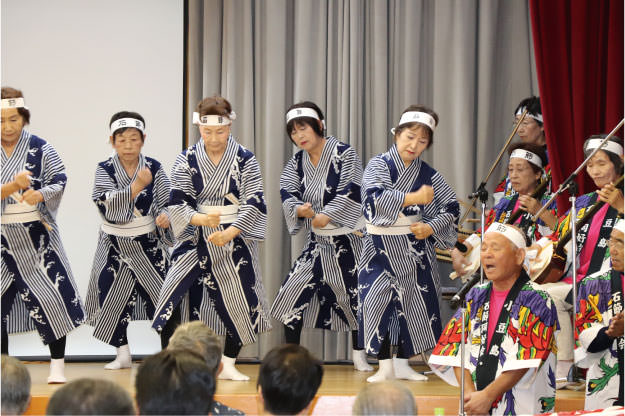